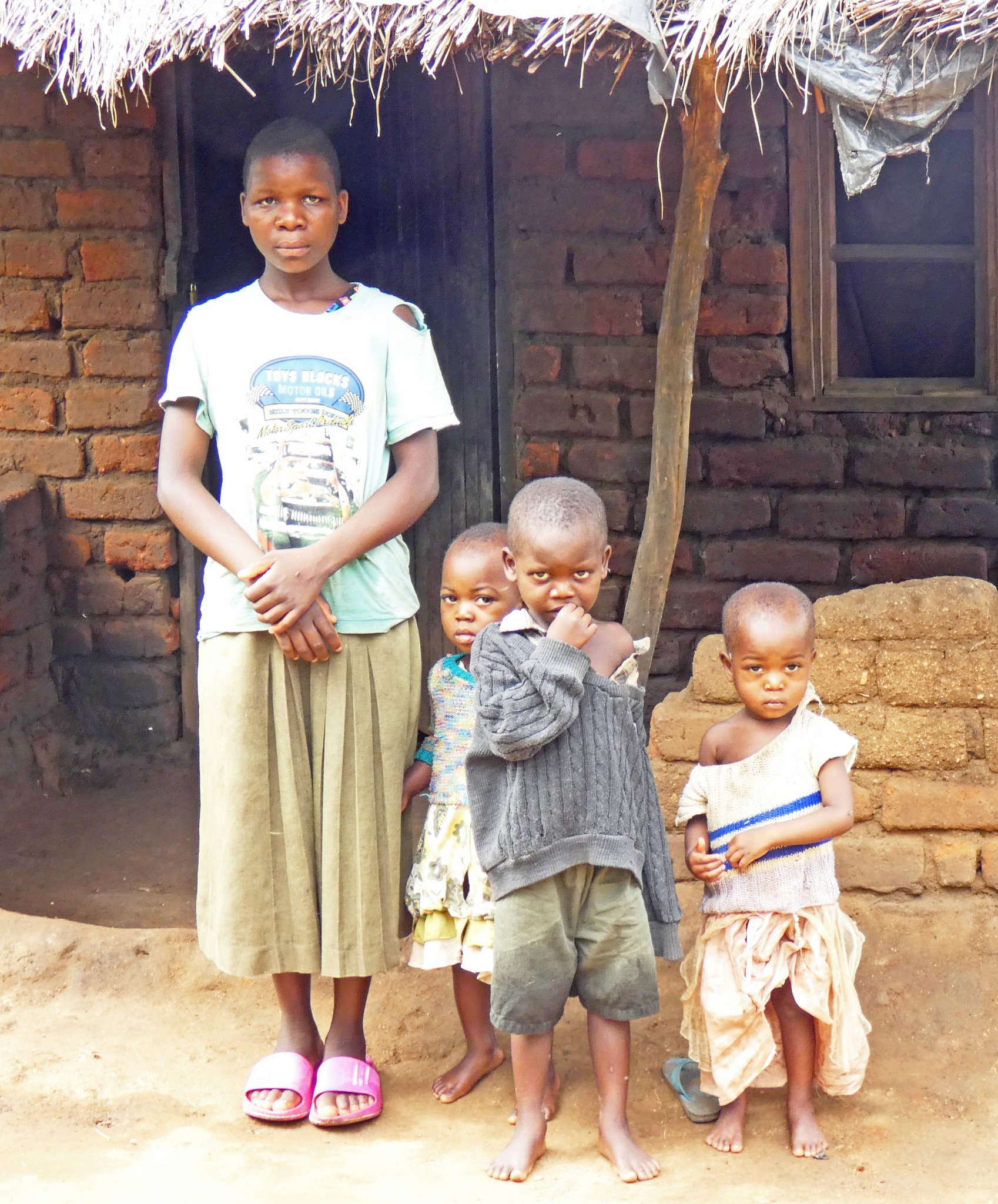 At the end of January 2022, Cyclone Ana roared through southern Malawi, destroying lives and livelihoods—the high winds collapsed buildings, ripped off roofs, and flattened crops in the fields. In March it was followed by Cyclone Gombe bringing even more devastation with torrential rain, floods causing damage to infrastructure, as well as houses and sanitation.

So on arrival back in Malawi after covid restrictions lifted, we began building emergency toilets, and then 5 houses for the most vulnerable—3 for really special people—”Marys” in great need!

Meet the Marys—all ages, all with responsibilities for others, and all struggling having lost housing in the storms…..

Our first Mary—just 13 years old, came to our Centre, hungry and desperate. She was the oldest sibling of 4, and needed a school uniform and fees to enable her to stay at school. Their mother—a single parent—had abandoned them in the care of their grandmother, who had no income and a house in crumbling condition. One wall had collapsed in the cyclones, and the roof was so full of holes that the family had to sleep piled into one corner to try to avoid the rain and puddles.

We visited, and responded to the evident need—we repaired the house, replaced the roof, paid Mary’s school fees, and had a uniform made for her. We gave the family food tokens, and bedding—blankets, sleeping mats and mosquito nets—plus some clothing for the youngsters. Now they’re dry, safe and comfortable at night—and Mary’s back at school!

Our second Mary is an AIDS-affected 34 year old widow with 3 children. Her house totally collapsed in Cyclone Ana, leaving the family homeless, living in a neighbour’s kitchen.

Her new home has changed her life and given her hope for the future—and her family’s been added to our Food Programme list for help later in the year.

Finally our third Mary is about 76 years old, and having lost 3 older children, cares for her 2 adult sons who both have serious learning difficulties. Half her original house collapsed in Cyclone Ana (Jan 2022), but the next cyclone (Gombe) finished it off. Since then they had been living in a small unroofed room of poles and grass.

Though Mary finds much of life challenging, she now has a safe home for her boys. We also provided a new toilet and bedding, and she’ll be included on our Food Programme later in the year.

Thanks UK friends, for your help!

Above: Mary 1 with her siblings

Row 1: Mary 2, the ruins of her original house, and her new home

Row 2: Mary 3, where she lived after the cyclones, and her new home

Want to get involved with our projects?